The pathogenesis of AD is multi-faceted and is not limited to one set of simple molecular interactions that occur with age in individuals with genetic pre- dispositions to the disease itself.

The genes APP, PSEN1, and PSEN2 all directly affect amyloid production or cleavage. Following the discovery of these initial genetic associations, it was discovered that certain mutations in these genes are almost certainly responsible for early onset AD, caused by an increase in the aggregation of toxic amyloid species [1, 52–54].

The pathology of late-onset AD [LOAD], however, appears to be much more complicated; the hallmark pathologies of LOAD appears much later, progress more slowly, and all without genetic mutations in APP, PSEN1, and PSEN2.

A gene associated with LOAD encodes a regulatory protein called apolipoprotein E (APOE) involved in lipid metabolism and trafficking. With no obvious direct connection to the amyloid pathway this further obscured the connection between early and late onset AD. 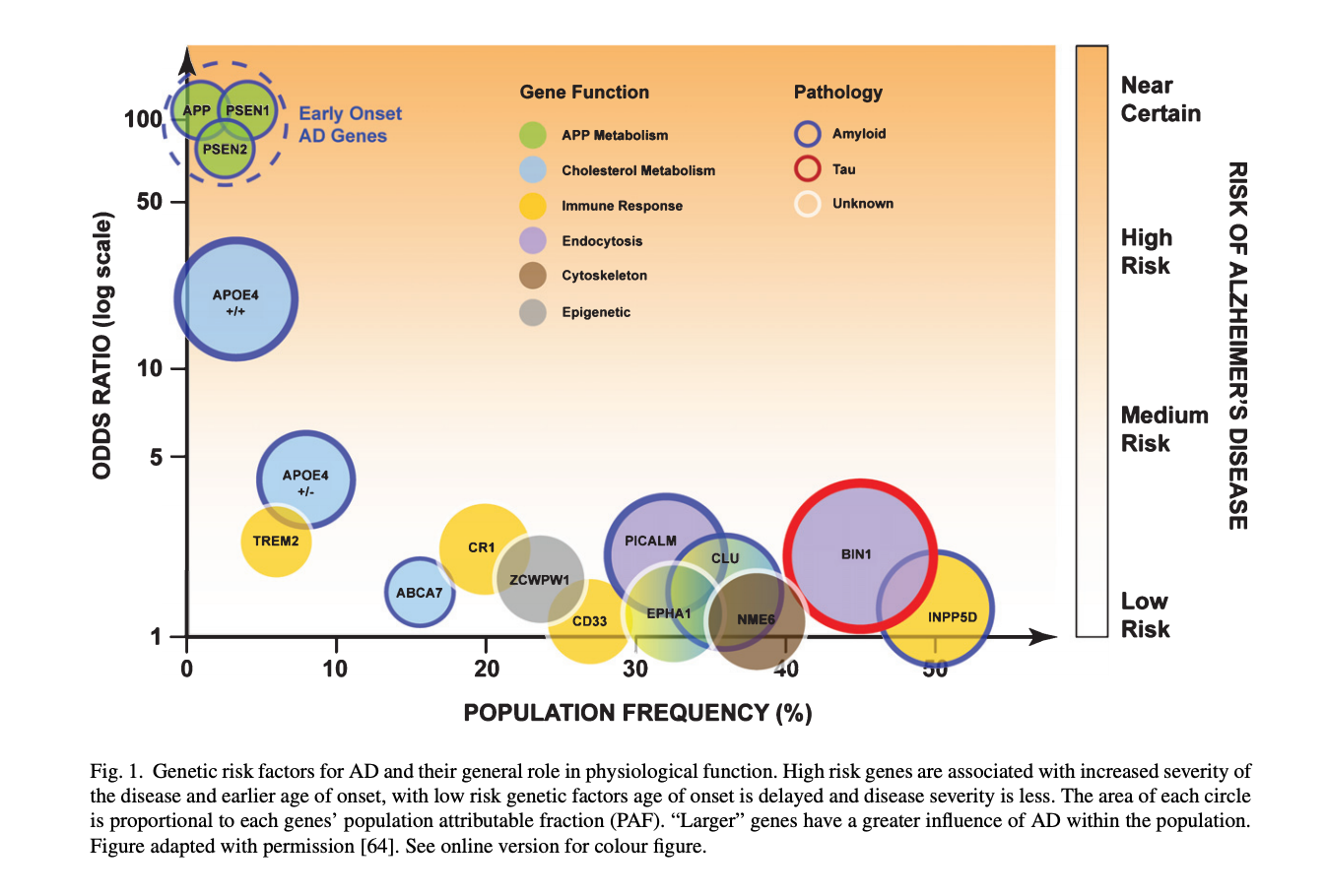